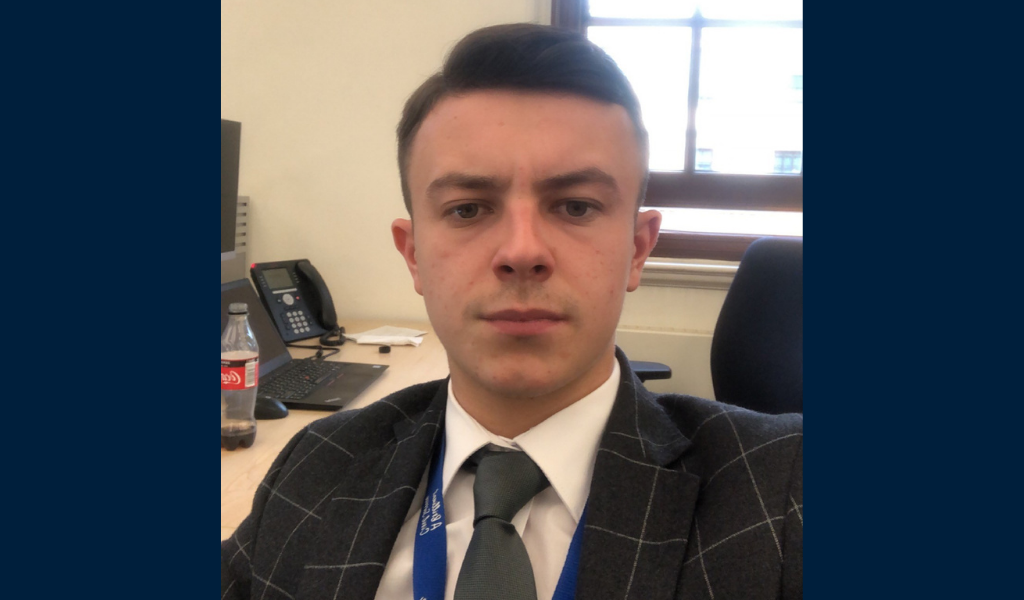 The Government Finance Function’s communications team is investing in apprenticeships to grow in-house capacity and capability. Sam Hutcherson from Kent joined as an apprentice in September 2019, helping them to expand to a team of five. Supported by Seetec Outsource, he recently achieved a distinction in his level 4 Public Relations and Communications Assistant apprenticeship, and is now a permanent, full-time member of the team.

After finishing A-Levels in English language, English literature, art and media studies, Sam was offered a place at university but had reservations about accepting it.  When he was shortlisted for an apprenticeship with the Government Communications Service – and later offered a position working within HM Treasury’s Government Finance Function – he knew that he would be better suited to learning on the job.

A chance to build skills and experience

Sam was quickly immersed in the day-to-day tasks of a busy communications team that services a large and diverse Government function made up of over 10,000 people spread across the UK. He was responsible for managing communications across the function’s intranet and social media channels, while supporting broader stakeholder engagement.

Following his initial induction, Sam was involved in a range of projects that enabled him to gain hands-on experience and an insight into how the Civil Service works. One of the highlights for him was the Government Finance Function Annual Conference, a large event attended by thousands of civil servants before the first Covid-19 lockdown, where Sam was responsible for photos and videos taken on the day.

Sam also set up and promoted a mentoring programme as part of his final apprenticeship assessment. The scheme was marketed primarily to finance professionals looking to gain new knowledge and skills, who were then matched to suitable mentors within the function. His promotional campaign included a range of content, from blogs, news and tips to podcasts and live broadcasts. It proved such a success that the People and Capability Team are now running their own mentoring scheme on the back of this.

Tackling the challenges of remote working

Sam acknowledges that there have also been challenges throughout the programme, particularly at the onset of the COVID-19 pandemic and the move to working from home full-time. He said:

“I love the fact that I’m given the freedom and independence to work in the way I want to, but being at home every day made it harder to stay focussed and I sometimes struggled with time management. As an apprentice, I also felt as though I was losing the opportunity to learn from colleagues in the office.

“However, I was lucky to have a lot of support –  from my apprenticeship development coach Tina and my line manager Paul, as well as the rest of the team. We stayed in close contact throughout the lockdowns, and continued to bounce ideas off one another which was great.”

Sam’s line manager and digital lead Paul Taylor feels that taking on an apprentice has brought a fresh, new dynamic to the team, and helped them build capacity to support communications activity within the function.

He said: “Sam is a great fit for the team – he has adapted well to our agile, fast-paced ways of working and is more than just an extra pair of hands to help get the job done. He has brought new ideas and enthusiasm to the role, and the People and Capability team have adopted the mentoring scheme he set up on the back of his hugely successful campaign.

“Sam has organised social events like quizzes to bring together communications apprentices from other departments, giving them a chance to expand their networks and learn from one another. It’s this energy, drive and creativity that makes him such a valuable addition to our team.”

Tina Chummun, Sam’s apprenticeship development coach at Seetec Outsource, is proud of his achievements on programme and excited to see him progress in his career. She said:

“The level 4 Public Relations and Communications Assistant apprenticeship is a great stepping stone to a more senior communications role, and Sam has already achieved a higher rank and pay grade since completing his apprenticeship.

“Organisations also benefit from the chance to grow their own in-house talent, and reduce their reliance on agencies.

“This is a hugely successful programme for Seetec Outsource which produces some excellent results. Almost half of all achievers do so with Distinction, and like Sam they grow in confidence and become increasingly competent communications professionals.”

Sam added: “The apprenticeship has given me opportunities that simply wouldn’t have been available to me at university. I’m not just learning the theory behind PR and communications – I’m actually applying it in my role and seeing my campaigns produce real results. I’d recommend the apprenticeship route to anyone who prefers to learn in this way.” 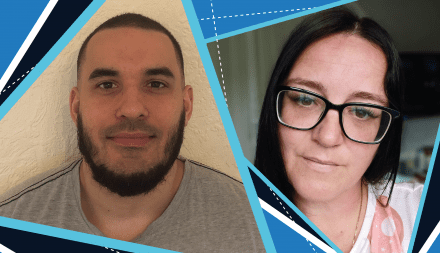 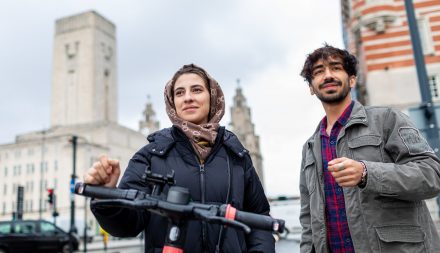 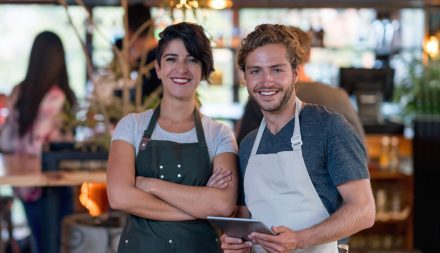